Teeth Dust In The Strongcold
Pimpin' Hot Stuff
There's a Bone in My Spaghetti!

This level is a harder version of Bloodsauce Dungeon. Some of the decorations include a snowman that looks like The Noise, Pencer, Weenie, and Pizza Box Goblin singing a Christmas carol, and Nutcracker versions of Peppino and The Noise, along with several others.

Pizza Tower and it's Christmas![]

Secret in the Season[]

The Bad Part of Winter[]

There's a Present Down There[] 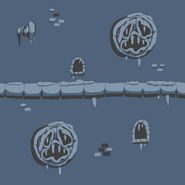 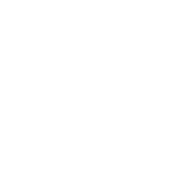 A table with a turkey on it and two wineglasses, one of which is filled with brown liquid. There's an above red stocking with a P on it and pizza slice inside ,and a cheese-yellow sock with an N on it and a candy cane inside. There is a Christmas wreath in between.

A pizza slicer with Christmas decorations.

The nutcrackers of Peppino and The Noise.

A gingerbread man made out of pizza.

Peasanto with his tongue stuck to a pizza-colored candy cane.

A mistletoe growing in the green vase.

A box of a "Pizza Boy Advance" version of Pizza Tower with a tag marked "Snick".

A Christmas tree with regular baubles, a candy cane, Peppino & The Noise looking decorations and a star on top.

A statue of Gustavo with a Santa Claus costume and a Christmas knife.

A skull with a Christmas hat.

A pizza in form of a Christmas tree.

A table with a glass of milk and an open red pizza box. There's also a white pizza box with a red bow on it.

A snow statue of Pizzard. 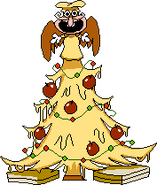 A giant Christmas tree made out of cheese with regular decorations, with The Noise dressed as an angel on top and some pizza boxes underneath.

A snowman dressed up as The Noise.

Snick, Gustavo, Mr. Stick, and The Vigilante on a sleigh, waiting for Peppino at the entrance when the escape timer starts.

Fake Peppino begging for change while ringing a bell.