Gnome Forest
Pineapple Beach is the eleventh level in Pizza Tower, and the first level of the Island Adventure.

It starts off in a cruise ship and then transitions into a beach at sunset with pink sand. Later on in the level, there is also a cove area.

This Ain't No Vacation[]

Party On The Beach[]

Balloon to the Moon[] 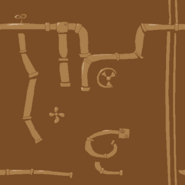 Background 1. The walls of the cruise ship, lined with pipes. 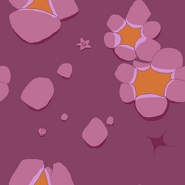 Background 3. A cove with holes and a smiling starfish on the walls.