Mansion is the twenty-second level in Pizza Tower, and the second level of the Horror Passage.

It's an eerie and old mansion owned by Pepperman within the city, focusing on Grind Rails and Skateboards. 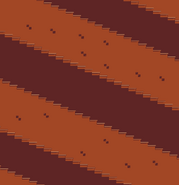 The laughing pizza during pizza time as seen in the patreon exclusive version of the mansion. 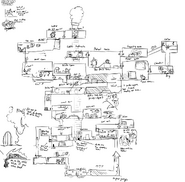 A Sketch of the new Mansion.