The Heat Meter is a mechanic used in Pizza Tower.

The Heat Meter is a glass bar on the player's HUD, which fills up with red color over time when enemies are defeated, but gradually empties itself if none are being defeated.

The more the bar is filled, the more points Pizza Toppings will give, but you'll lose more points if you get hit. Additionally, as the bar fills, enemies become faster.

In the April 2021 Patreon build, if the Heat Meter was filled up enough, enemies exhibited new behavior depending on the enemy, usually in the form of a new attack. However, no enemies that give transformations had any special Heat Meter exclusive attacks, only getting faster.

One example of an enemy fighting back in this build is with the Cheeseslime. Instead of roaming back and forth minding its own business, a Cheeseslime under high Heat Meter Levels will swing at the player with a baseball bat when they are within range.

The Eggplant Build v15 Patreon build removed this behavior from the Heat Meter, and the heat attacks are now used by Elite enemies. As an example, the Forknight in the first room of The Ancient Cheese is an Elite enemy.

Heat Meter's animation. At level 1 the animation does not play, at level 2 and onward, the animation speed increases, as well as changes the palette. 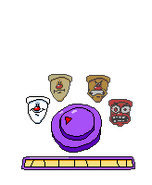 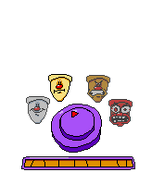 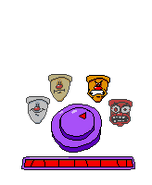 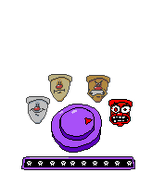